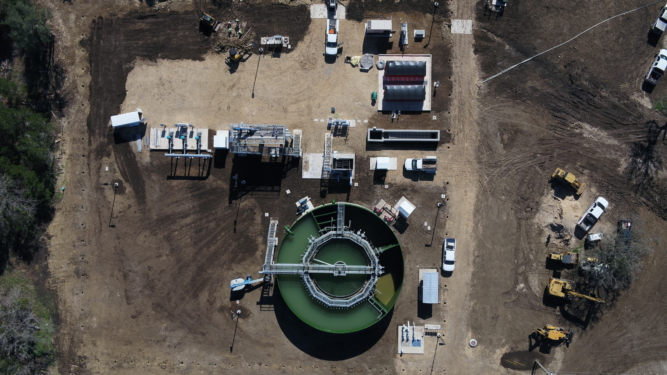 Project Description: The Village of Salado, located in Bell County, is a small, recently incorporated municipality.  The Village had a small, privately owned wastewater treatment plant that provided service to a handful of downtown businesses.  The remainder of the Village relied on on-site sewage facilities (septic tanks).  KPA was selected to prepare an initial feasibility study and a subsequent master plan for the phased wastewater system.  KPA worked with Village Staff to determine the areas or proposed growth and existing need within the Village limits.  KPA utilized the land use and total acreage of applicable drainage basins to develop ultimate build-out wastewater flows which were used to size the wastewater improvements.

Four major drainage areas were identified.  Once the ultimate improvements were developed, our engineers worked with the local TxDOT office, water supply, Corps of Engineers, and City Staff to develop suitable alignments that were agreeable to all parties involved.

Scope of Services: The master planning and eventual construction of wastewater improvements were led by KPA from the initial concept to the current utility construction.