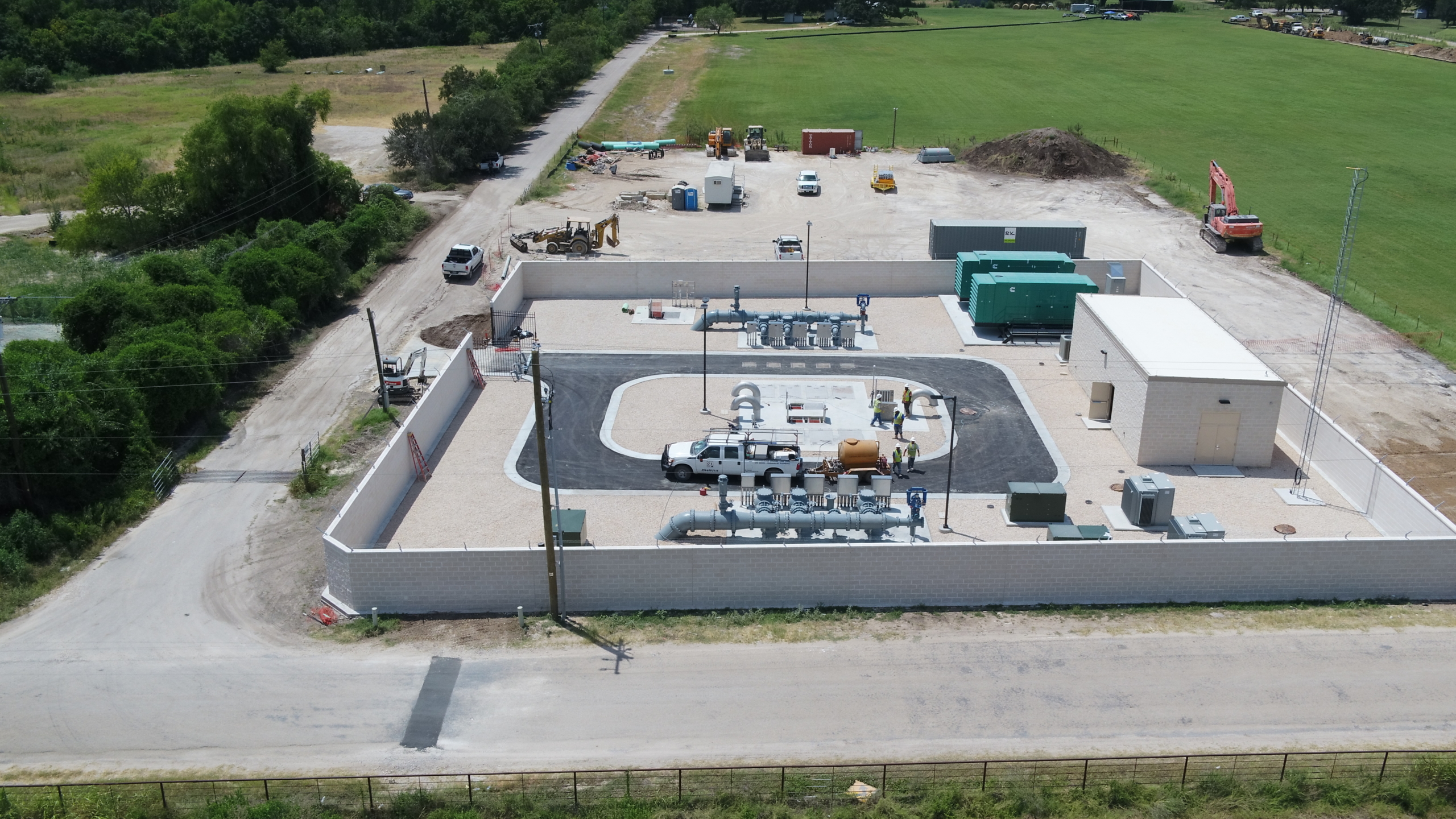 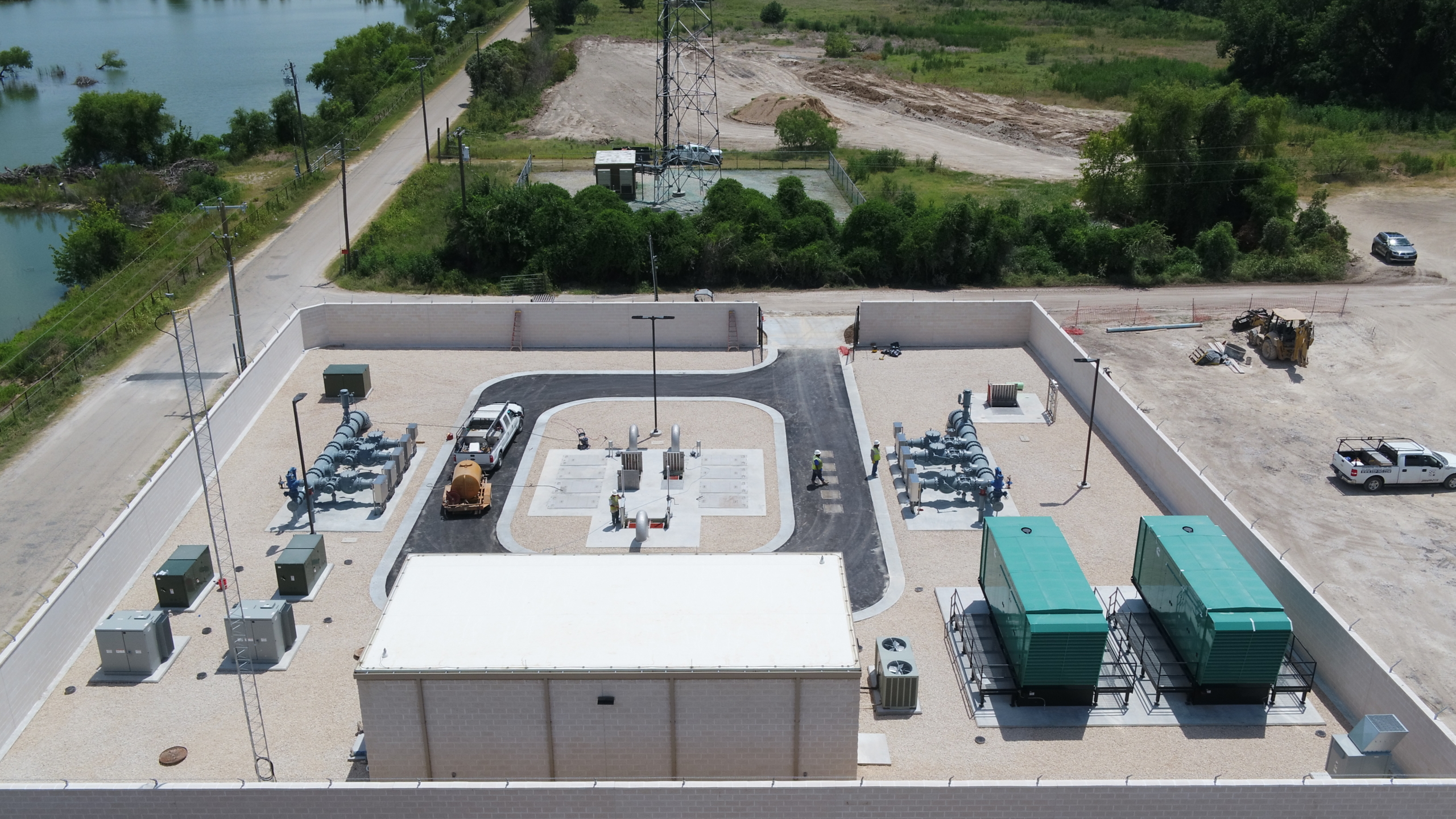 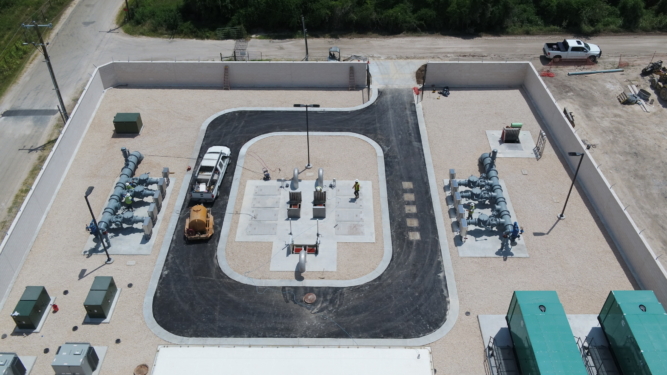 KPA prepared plans and specifications for the relocation and expansion of the Shallowford Lift Station.  The “New Shallowford Lift Station” is capable of transferring up to 38 million gallons per day (MGD) of wastewater.  The Lift Station consists of six (6) 200 HP submersible pumps on VFDs, two (2) Emergency Generators and associated piping, valves, electrical and SCADA improvements.  The incorporation of VFDs allows the six pumps to be equally sized and interchangeable in the operational scheme.  The wet well is constructed as two separate basins that can be operated independently or together (for future maintenance purposes).  The Station incorporates magnetic flow meters and electric operated plug valves to allow flow to either of the 30-inch force mains or both at peak flows.  This allows the existing 1970 force main to remain in operation at normal flows and incorporate the new force main at higher or flushing flows, while maintaining TCEQ minimum flow velocities.  The lift station project included approximately 1,000 LF of 30-inch Force Main and a connection to the existing Force Main.

A separate construction contract allowed the installation of approximately 10,000 linear feet of 30-inch Force Main, including 1,300 LF of 30” pipe by directional drill under the Leon River.